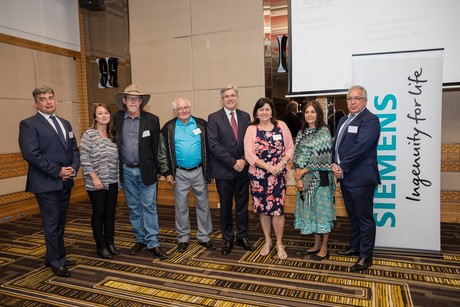 Situated just north of the coastal town of Kalbarri in WA’s mid-west region, the location is proposed as it has one of the best combinations of wind and solar capabilities* in Australia that could facilitate cost-effective production of green hydrogen for local industry and global export. In a significant milestone, HRA has entered into a Heritage Agreement with the local Nanda Aboriginal Corporation (NAC), who have given formal support for the Section 91 Licence needed to allow the resource monitoring process to proceed. HRA and NAC have commenced the development of an Indigenous Land Use Agreement that is planned to be finalised during 2020.

“We believe that Murchison Renewable Hydrogen Project’s location is the best in Australia for combined solar and wind, making it one of the most cost-effective spots to produce clean energy,” said Terry Kallis, Executive Chairman of Hydrogen Renewables Australia. “We also believe that the project will contribute significantly to the national, state and local objectives for new investment, new jobs, renewable energy sources and new export markets.

“This project will not only help local industry but also the growing demand for green hydrogen from Asian and other markets. Imagine exporting West Australian sunshine and wind to the world in the form of hydrogen.”

The Murchison Renewable Hydrogen Project is proposed to be developed in stages:

The proposed plant’s technology partner Siemens welcomed the focus on hydrogen in Australia.

“Australia has potential like no other country in the world for hydrogen production and export — as long as we act upon the opportunity quickly,” said Jeff Connolly, CEO Siemens Australia Pacific. “It’s heartening to see strong recent bipartisan leadership at both federal and state levels for hydrogen. There is a clear appetite for hydrogen around the world due to the energy transition away from fossil fuels and the need to decarbonise industry, transport systems and more.

“Not only Asia, but also Europe and other parts of the world are eyeing Australia as a potential giant in hydrogen.”

Germany itself aims to exit coal-fired power generation by 2038 at the latest. The majority of people in Germany oppose nuclear power and the country plans to close all of its nuclear reactors by 2022.

“The Murchison Green Hydrogen project has great potential due to the enviable wind and solar conditions,” Connolly said. “Our modern electrolyser technology (Siemens Silyzer) is very suited to the flexible nature of renewables, and Western Australia is well positioned to be part of the local and global needs for hydrogen.”

The project’s initiatives are also aligned with WA’s Renewable Hydrogen Strategy designed to help put the state at the forefront of what will be a major new global energy industry. The strategy cites hydrogen as a means to export the state’s solar and wind resources to help international trading partners meet their emissions reduction goals, as well as supporting local industries transition to a lower carbon future.

The project has received favourable initial response from key stakeholders. A comprehensive communications and stakeholder engagement process with the local community is being planned to commence in Kalbarri for November 2019.

*Based on an independent AECOM study (Co-location investigation: a study into the potential for co-locating wind and solar farms in Australia, AECOM, 2016) of the best combined wind and solar resources across the country that were used to find the best location after considering permitting/environmental and land issues.