The week starts without any Microsoft news bombs — it was busy enough last week for the company.

So, instead, my attention is was drawn to Super Nintendo World. Universal Studios’ theme park in Japan tentatively reopened to visitors on June 8th, but over the weekend, we heard its highly anticipated Super Nintendo World section is delayed, indefinitely. NHK reports that the company postponed the Nintendo area’s debut after originally intending to kick things off in late July. Predictably, it’s a precaution against the chances of increasing COVID-19 infection rates. Universal Studios is only allowing park visitors from the surrounding Kansai region and has effectively cut visitor numbers in half.

I’ll put my Mario cap back into storage, ready for when I can make the trip and the park has opened.

It may be for cost-cutting and environmental reasons.

Analyst Ming-Chi Kuo, who’s been correct pretty often in the past, claims that 2020 iPhone models will not only skimp on the usual headphones but won’t include the power adapter either — you may get just a charging cable. There would be a more powerful 20W charger (versus the 18W for the iPhone 11 Pro) made available, but you’d have to buy it after the fact.

Kuo believes this would be a way to cut costs and offset the higher price of 5G wireless technology. There would also be an eco-friendly hook. Environmental critics have argued that including power adapters is frequently a waste when many people have chargers from previous phones or will top up using their computers. I’ll admit to having too many (pretty useless) low-watt phone chargers — so this sounds like a good idea. Continue reading.

It comes over a year after BTS set the bar.

K-pop lynchpin BTS’ YouTube viewership record has been broken over a year later. Variety reports that K-pop band Blackpink managed to break the record for the most views in 24 hours, racking up 82.4 million views for its new “How You Like That” music video versus BTS’ 74.6 million for “Boy With Luv.” It might also be the fastest video to reach 100 million views — it claimed 94 million watches in just 30 hours. Continue reading.

When OnePlus entered the smartphone scene back in 2014, the company’s phones were some of the best value phones you could buy for a while. But that changed slowly — mostly with regard to prices, which have crept up each year. And now, the $899 OnePlus 8 Pro is only $100 less than the iPhone 11 Pro and Galaxy S20.

OnePlus is apparently going back to its roots, with a new, more affordable phone series. OnePlus CEO Pete Lau said the company plans to introduce a new line initially in India and Europe before bringing it to North America. Spec-wise, rumors suggest a 32-megapixel main sensor and an 8-megapixel secondary sensor supporting a wide-angle lens. The Nord will house the cameras in a display cutout at the top-left corner of the screen. Dual front-facing cameras would be a first for OnePlus, mid-priced phone or not. Continue reading.

Stay fit at home with this innovative exercise app 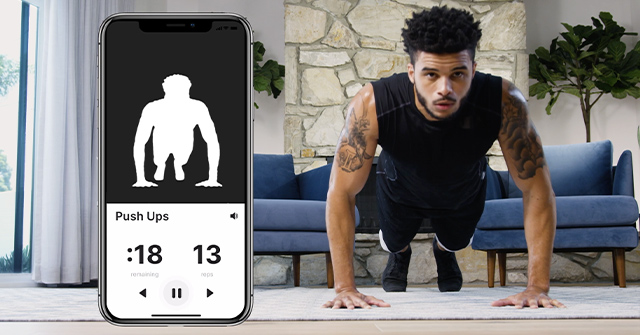 Google’s Phone app will tell you why businesses are calling

It could help you decide whether or not to pick up.

If you’re using Google’s Phone app, you’ll soon be able to know why a business is calling before you even pick up — and hopefully avoid spam in the process. The feature, called Verified Calls allows businesses that pass Google’s verification process to send the dedicated Verified Calls server their phone number, your phone number and their reason for calling, such as “scheduling your internet installation” or “your food delivery.” Google will then show all that information on your Phone app.
Continue reading.

themorningafter, newsletter, gear
All products recommended by Engadget are selected by our editorial team, independent of our parent company. Some of our stories include affiliate links. If you buy something through one of these links, we may earn an affiliate commission.